Old Testament Lesson 24: “Create in Me a Clean Heart”

1. David commits adultery with Bathsheba and arranges the death of Uriah, Bathsheba’s husband.

‘Many homes in the Holy Land, both then and now, had flat roofs. In the heat of the Middle East, much of the people’s time was spent walking or sitting on their roofs in the refreshing cool of evening or in the day to catch a daytime breeze. The roof of David’s palace was probably high enough that he could have looked into the inner courts of a number of homes nearby.’ (Institute Old Testament Manual)

2. David is told that he will be punished because of his sins.

“As happens too frequently, it is only when a sinner knows that his sin is known that he begins to repent! The figure of Nathan boldly accusing the king to his face by an allegorical parallel is impressive, though not as surprising in Bible stories as it would be in accounts of other peoples where the will of God was not such a recognized factor in determining the morality of men and in specifying the results. Nathan’s allegory was skillfully drawn, and his climatic ‘Attah ha ish!’ (‘Thou art the man’) must have crashed in upon the conscience of David like the harbingers of doom’s day.

‘What a terrible word! And by it David appears to have been transfixed, and brought into the dust before the messenger of God.

Thou Art this son of death, and thou shalt restore this lamb Fourfold. It is indulging fancy too much to say David was called, in the course of a just Providence to pay this fourfold debt? to lose four sons by untimely deaths, viz., this son of Bath-sheba, on whom David had set his heart, was slain by the Lord; Amnon, murdered by his brother Absalom; Absalom, slain in the oak by Joab; and Adonijah, slain by the order of his brother Solomon, even at the altar of the Lord! The sword and calamity did not depart from his house, from the murder of wretched Amnon by his brother to the slaughter of the sons of Zedekiah, before their father’s eyes, by the king of Babylon. His daughter was dishonored by her own brother, and his wives contaminated publicly by his own son! How dreadfully, then, was David punished for his sin! Who would repeat his transgression to share in its penalty? Can his conduct ever be an inducement to, or an encouragement in, sin? Surely, No. It must ever fill the reader and the hearer with horror. Behold the goodness and severity of God! Reader, lay all these solemn things to heart.’ (Clarke’s Commentary on the Bible)

‘David’s poignant plea for forgiveness after his sin with Bathsheba is expressed in Psalm 51. Out of the agony of his repentance comes marvelous doctrinal truth. The intent behind the offering of sacrifices is taught – to witness to god a broken heart and contrite spirit (v17), characterstics the Saviour himself exhibited as he worked out the infinite and eternal atonement.’ (Andrew C Skinner and D Kelly Ogden, Verse by Verse, The Old Testament) 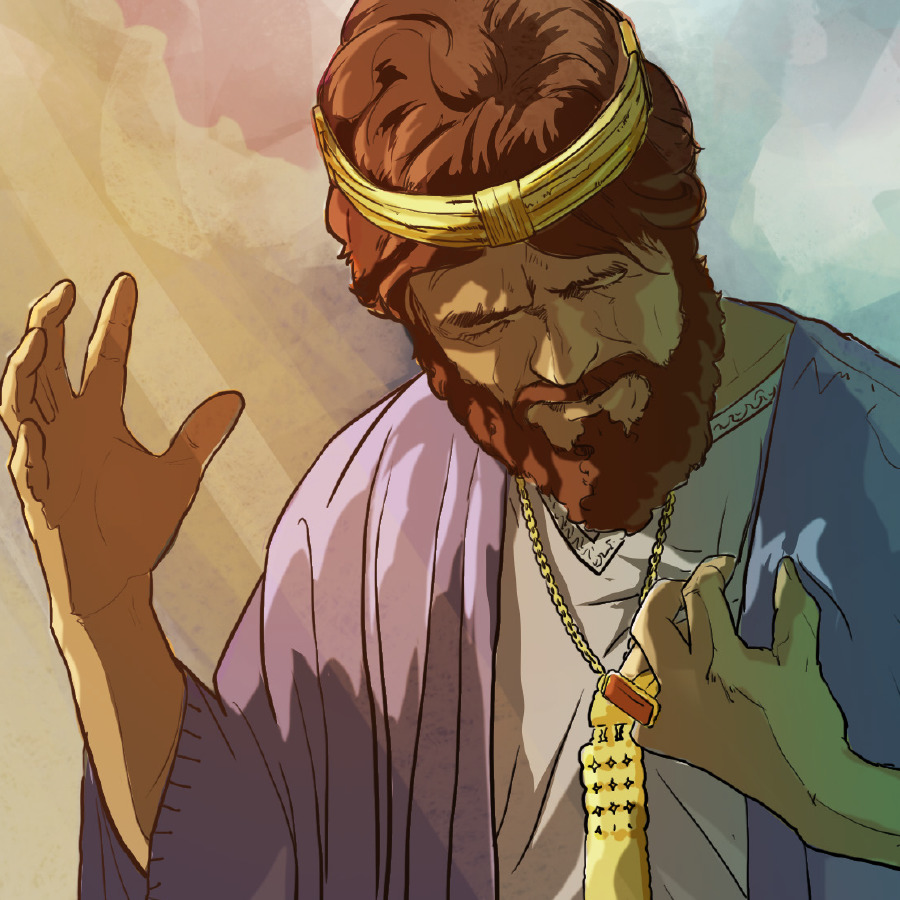 ‘I have reflected repeatedly upon the phrase “the tender mercies of the Lord.” Through personal study, observation, pondering, and prayer, I believe I have come to better understand that the Lord’s tender mercies are the very personal and individualized blessings, strength, protection, assurances, guidance, loving-kindnesses, consolation, support, and spiritual gifts which we receive from and because of and through the Lord Jesus Christ. Truly, the Lord suits “his mercies according to the conditions of the children of men” (D&C 46:15).
Recall how the Savior instructed His Apostles that He would not leave them comfortless. Not only would He send “another Comforter” (John 14:16), even the Holy Ghost, but the Savior said that He would come to them (see John 14:18). Let me suggest that one of the ways whereby the Savior comes to each of us is through His abundant and tender mercies. For instance, as you and I face challenges and tests in our lives, the gift of faith and an appropriate sense of personal confidence that reaches beyond our own capacity are two examples of the tender mercies of the Lord. Repentance and forgiveness of sins and peace of conscience are examples of the tender mercies of the Lord. And the persistence and the fortitude that enable us to press forward with cheerfulness through physical limitations and spiritual difficulties are examples of the tender mercies of the Lord…
Thus, the Father’s work is to bring to pass the immortality and eternal life of His children. Our work is to keep His commandments with all of our might, mind, and strength-and we thereby become chosen and, through the Holy Ghost, receive and recognize the tender mercies of the Lord in our daily lives.’ (David A Bednar, “The Tender Mercies of the Lord,” Ensign, May 2005, 99)
Psalm 51:10 Create in me a clean heart
‘Mending will not avail; my heart is altogether corrupted; it must be new made, made as it was in the beginning. This is exactly the sentiment of St. Paul: Neither circumcision availeth any thing, nor uncircumcision, but a new creation; and the salvation given under the Gospel dispensation is called a being created anew in Christ Jesus.’ (Clarke’s Commentary on the Bible)
Psalm 51:17 A broken and a contrite heart

‘David’s words show that even in Old Testament times, the Lord’s people understood that their hearts must be given to God, that burnt offerings alone were not enough.

The sacrifices mandated during the Mosaic dispensation pointed symbolically to the atoning sacrifice of the Messiah, who alone could reconcile sinful man with God. As Amulek taught, “Behold, this is the whole meaning of the law, every whit pointing to that great and last sacrifice; … the Son of God”  Alma 34:14′  (Bruce D Porter, General Conference, October 2007)